Who Is The Soul You're Physically Connecting With? And Why Were You Drawn To Them In The First Place? 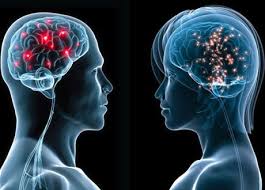 Have you ever felt such a strong bond to someone that you feel extreme empathy toward them, even if you don’t know them well at all? From an energetic perspective, this is because we’re all deeply connected and because we’re vulnerable to other people’s frequencies. It is said that you should choose your five closest friends wisely for this reason, as their vibration will affect your own. I would argue that you should exercise caution when choosing your sexual partners for this exact same reason as well.

If you’re having sex with someone, an act that physically connects you in the deepest way possible, it makes sense that their energy would be imposed on you. Furthermore, it is said that when you have sex with someone, their aura leaves an imprint on you that is difficult to energetically cleanse yourself from. So, if you’re sleeping with someone who has slept with ten people in the past, and that individual hasn’t cleansed themselves from their former partners’ energies before, you may be susceptible to eleven people’s energies. This also creates an energetic tie between you, and if you’re not mindfully detaching yourself from your sexual partner, then it makes perfect sense that we “become attached” and disregard the whole “no strings attached” theory.


One of the ancient practices within Taoism is controlling the male ejaculation during sex. Taoist practitioners believe that the loss of ejaculatory fluids equates the loss of vial life force (or “jing”), so by learning to conserve the sperm, men can redirect the energy of the orgasm throughout the body.

This doesn’t mean that men should never orgasm; it’s simply a spiritual practice worth practicing on occasion that can actually bring more pleasure than ejaculation when practiced correctly. Some Taoists believe that by redirecting the energy upwards toward the crown chakra, it can provide nourishment to the brain. In modern sex culture, some people refer to this as “edging,” although many men may do this for different reasons.

Women can also redirect their sexual energy by moving it upwards, although this wasn’t studied in the practices nearly as much. However, sex was viewed as an empowering act for females, as they can bring forth life and act as “tutors” for their partners during intimacy. Women were and still should be viewed as equals to men during sex, so it should be noted that these practices are only useful when both parties are consensual

I believe we’ve lost touch with the inherent connectivity that takes place during sex. Both women and men are treated like “meat,” as if their physicality is the only reason sexual intercourse should take place. When it all comes down to it, the physical realm is an illusion, so the real question here is: Who is the soul you’re physically connecting with, and why were you drawn to them in the first place? Perhaps by answering that, you can actually improve your sex life. Who knows, maybe in your quest for a more connective sex life, you’ll end up learning more about yourself along the way.