Aug Tellez Update: Secret Space Programmes since the 1940s aren't a simplistic situation of exotic Star Trek crafts being kept hidden from humanity. It seems more complicated than that and parallel timelines/realities are real and can be travelled to and from, because Nikola Tesla physics allows this easily

IDSW - Yet more mindblowing astounding brilliantly simply communicated stuff just in from Aug Tellez today. He weaves and pulls together many different disparate threads of what is going on, things the Truthseeker comes to realise is true, but he integrates it all very well and shows how it all fits in, works together, in the bigger picture. His background as a Secret Space programme operative means everything he writes is informed by his personal experiences.

The Law of Attraction and our own inherent powers of Manifestation Physics also come up a lot, which is what the elites have sought to keep us ignorant of, over the last few thousand years. Interestingly, he mentions in another post how the Dogon tribe in Mali speak of their ancestors being shown liquid pools by Star People Visitors from Sirius, they would jump into and then vanish -Interdimensional Stargate Portals, either to parallel timeline realities OR TO HIGHER DIMENSIONAL PLANES.
------------------------------------------------
AUG TELLEZ https://augtellez.wordpress.com/2017/07/30/florescer-da-consciencia-japan-um-viajante-do-tempo-aug-tellez/ 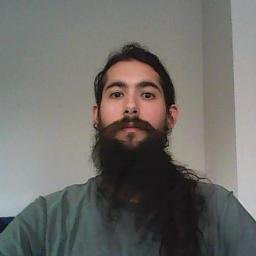 High energy focus and intentions is the nature of humanity and the power of the mind. Because of the way we influence reality we can change the outcome of time and so the control systems alter this reality by influencing people to keep at a very low vibratory level.

- Space as an inter-dimension of time and consciousness
- Multiple Parallel Realities, Like a Rolodex, Secret Groups Controlling access to and from each reality
- Ancient Artifacts that reset, manipulate, alter or otherwise control the perception of time
- Technology being used to alter time and this creates a new mental overlay each version of reality where the original reality must be returned to before the original reality can move on, these are like temporary side realities however if all the energy is devoted then problems can occur
- Civilizations developed in these side realities, simulated realities where civilizations developed
- This era a time where two civilizations from two different realities merged into this one
- Cosmic Revelations, Wave of spiritual advancement, spiritual evolution
- Breakaway Civilizations, Wealth inequality, ritual groups