Squashed Flattened 'Oblate Spheroid' Earth: Why, What Motivation Would the Scottish Rite Freemasons at NASA and Vatican Jesuits Have for Hiding This Relatively Unremarkable Information From Us? 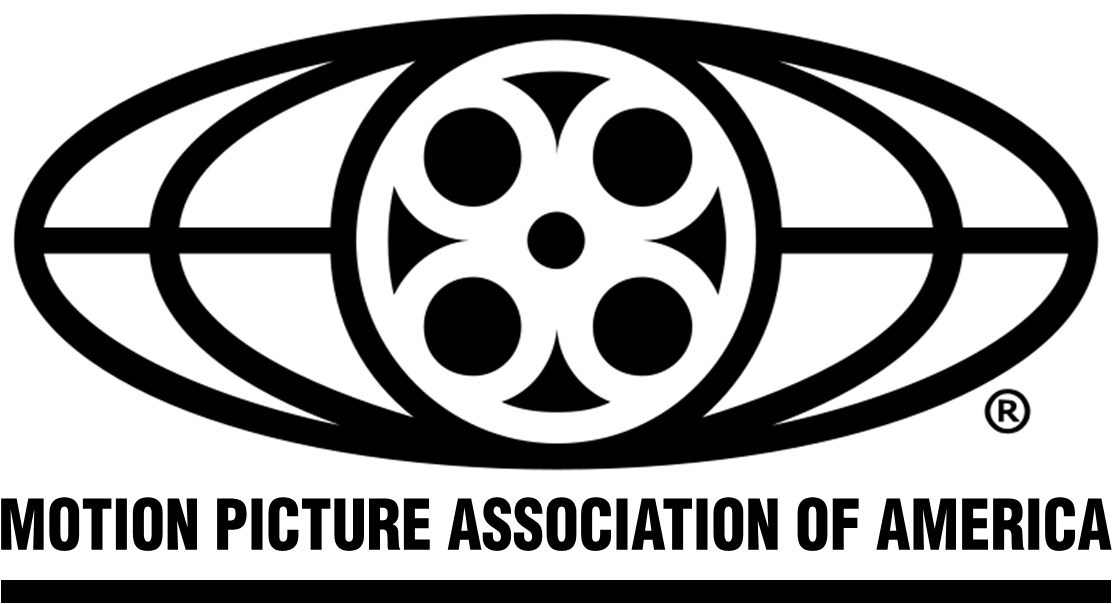 In what has been an interesting winding journey since sitting up to notice the concerning observations on Eric Dubay's Flat Earth website in Dec 2015 http://www.atlanteanconspiracy.com/ . Flat Earth has now been debunked as a CIA psyop designed to throw the truthseeking movement into disarray and destroy credibility.
However intriguing examples include the Suez Canal being 120 miles long yet no canal locks exist. Seeing Corsica from Genoa when it should be hidden behind the earth's curvature. A ship that vanishes beyond the '6 mile horizon' that suddenly reappears with a telescope since it was Law of Perspective at work. Plane trigonometry being used by mariners not Spherical trigonometry. And several other intriguing examples. 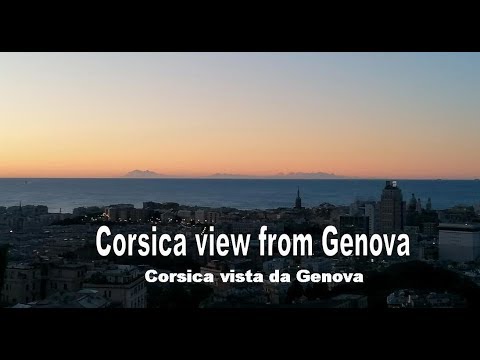 One therefore quickly realises something is wrong with the size dimensions of our earth that gets taught in universities worldwide.  Therefore Dubays maths was brought to the attention of Henry Curteis at Tapblog who identified (intentional?) flaws deceptions in Dubay's maths showing TOO LITTLE curvature. Whilst the accepted Official equations appeared to have too much curvature. https://interdimensionalwarrior.blogspot.co.uk/2017/06/eric-dubays-flat-earth-maths.html

IS EARTH THEREFORE A SUPERMASSIVE SPHERE?
At first IDSW blog decided that earth must simply be much bigger than Officialdom has told us. This raised the prospect of hidden lands somewhere beyond Antarctica on a Supermassive earth the elites aren't telling us about. https://interdimensionalwarrior.blogspot.co.uk/2017/05/sun-earth-saturn-supermassive-earth.html The off limits No Go Zone mystery of Antarctica fuelled this tantalising prospect. Various youtubes of hot air balloons going as high as possible observing no curvature reinforced this: one simply needed to go higher to observe curvature.

IDENTIFYING THE EQUATOR, THEREFORE REALISING THE SOUTH POLE VERY LIKELY IS THE SOUTHERNMOST POINT. FORCES US TO REEVALUATE THE SUPERMASSIVE EARTH THEORY

However a supermassive earth where our 'known' UN earth actually resides in the northern hemisphere of a much bigger sphere hit a flaw upon realising the equator running through Kenya and Ecuador is real. This can be demonstrated here

Therefore if that is the central equidistant line on our planet dividing our earth. It lends weight and becomes very likely that the much talked about 'South Pole' really is the southernmost point on earth. (And North Pole most northern point).  Therefore with the equator, southernmost and northernmost points established. Where does that leave our curvature maths realisation? There is no alternative than to start squashing the earth.

OBLATE SPHEROID DOES NOT SEEM ENOUGH TO EXPLAIN THE CURVATURE MATHS. THE MPAA LOGO MIGHT BE NEARER THE TRUTH: HALFWAY BETWEEN FLAT AND PERFECT SPHERE. A RUGBY BALL?

Therefore our earth's curvature must most likely be halfway between a perfect sphere and flat perhaps like in the MPAA logo above. We know the elites in their corporate logos hide truths in plain sight. Perhaps this is a glaring example?

KEY POINT: The earth must be squashed enough to satisfy the curvature calculations arrived at by Curteis above. Therefore It may be even more compressed  than the image above.

PERPLEXING QUESTIONS THEREFORE ARISE: WHY HAS THE VATICAN/JESUITS/NASA SCOTTISH RITE FREEMASONS SOUGHT TO LIE TO US ABOUT THIS?
Even if our Earth really is the shape of the MPAA logo above. Why have they hidden this from us? Because this would not seem to threaten any established World Order paradigm of control the elites have enjoyed over us. So it makes no sense. Here are a few high octane hyperpostulations however:

1) - HIDDEN INNER EARTH ENTRANCES?
-  The truth of this information being common knowledge. Might be too revealing about hidden inner earth entrances and destroy the cover up control on information about our history and current situation on this planet that allows the elites to dominate and tax and abuse and manipulate us all in this engineered terrorism Truman Show . Look at the MPAA logo again. Inner earth entrances?

2)- EVIDENCE OF A DESTROYED MISSHAPEN EARTH THAT MIGHT INDICATE OUR SOLAR SYSTEM PAST OF INTERPLANETARY OR INTERSTELLAR WAR? ASTEROID BELT IS A REMNANT OF THIS WAR.
Joseph Farrell Explains: That the Planetoid Ceres (https://interdimensionalwarrior.blogspot.co.uk/2017/05/ceres-are-people-serious-including.html )is the remnant of a larger world and Ceres once hosted complex life is now effectively proven.
That there is now evidence that not only was Tiamat itself blown to bits, but that other satellite’s of Ceres or “other bodies nearby” may have been blown up along with it. Think of Dr. Tom Van Flandern’s “Missing Planets” assertion that Mars was locked in orbit around Tiamat, was hit in the face by it, which wobbled in its orbit until it flipped southward, explaining why the south is so much higher in altitude. With Hoagland’s work on Mars, the Moon, and Pluto behind us, the work of Van Flandern giving us a date of 3.25 million years ago, and Joseph giving us the political and physical analysis of the war, combined with this recent scientific evidence means that all the pieces are now falling into place. We know what, when, and likely how. What remains, is who?
https://gizadeathstar.com/2017/06/ceres-ocean-tiamat/

Therefore could this be the reason for the BIG COVER UP, A BLOWN AWAY DAMAGED EARTH?

3) PERHAPS EARTH ISNT SCARRED AND DAMAGED. YET THE CURVATURE MATHS, EQUATOR AND NORTH AND SOUTHERNMOST POINTS DEMAND WE SQUASH IT. SO THE QUESTION REMAINS: WHY HAVE THE SCOTTISH RITE FREEMASONS AT NASA AND THE VATICAN COVERED THIS INFORMATION UP? COULD A SQUASHED TOROIDAL EARTH BE THE ANSWER? THIS WOULD ACCOUNT FOR ANTARCTICA BEING OFF LIMITS (IS THE NORTH POLE UNDER SIMILAR LOCKDOWN TOO?)
(This seems to be the weaker of the 3 theories although who knows?) -IDSW 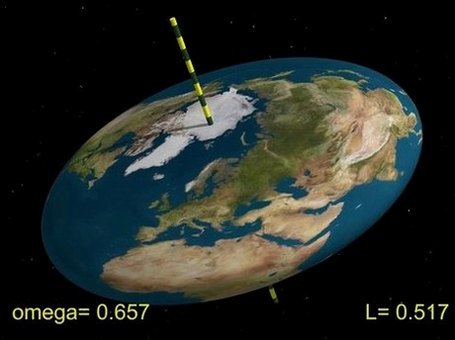 Yet why are aircraft never routed over Antarctica, and why is it so much colder in the Antarctic there than the North Pole?
Why is dawn and dusk instantaneous in places like the Philippines, but drawn out over places like England?
Why is the sun visible for 72 hours without a break at the summer solstice at locations near the north pole? 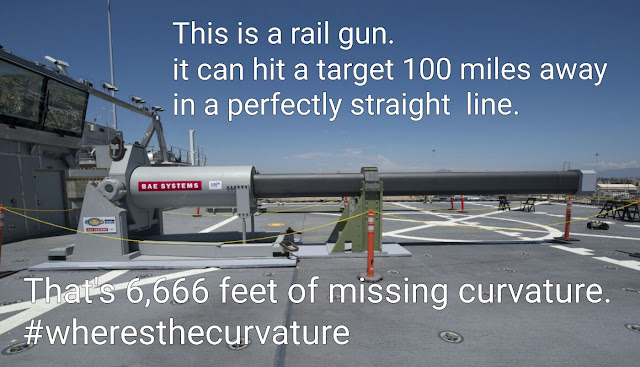