Catholicism and Christianity Were Roman Creations To Suppress Humanity. The True Jesus Was A Spiritual Leader Uninterested in Power and Died in 98AD : Nevertheless There is Spiritual protection and Exorcising Power Invoking the Power of Jesus Christ 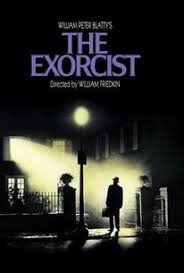 As well, even though Abrahamic religion generally are suppression control constructs upon humanity to keep us in our place while a High Priest Elite keep sacred divine knowledge to themselves a of course don't forget the Satanists are present in force.  The point is, something valuable exists in the Gospels and the name Jesus Christ, Christ Consciousness has power, the power to drive out entity attachments and demonic possessions. So there was some very decent kind modest spiritually advanced figure called King Jesus of Edessa around 2000 years ago. And this got a lot of people, Evildoers riled and there is something about Jesus Christ that a lot of very evil people in this world (ie Babylonian Pharisee Satanists who it really does seem the Judaic Talmud faith has undeniable links and origins to) detest detest.
This can be seen in many different ways. Even the popular show '2 and a Half Men' made by jewish Hollywood is shockingly antichristian. Sarah Silversteins comments too and behaviours show what is going on. Former upper middle class jew Christian convert Brother Nathaneal does help shine light on matters. Another one to watch - IDSW
----------------------------------------------------------------

Tapestry says:
I tend to think on two levels in parallel about such topics. The historical has its own logic. The bible which in many ways conflicts with the historical has its own power, provable by the manner in which demonic presences can be shifted from buildings or humans through quoting from it. The two logics are not in conflict at all. The historical record has been deliberately corrupted by Romans inter alia, yet the power of spiritual forces associated with the name Jesus to overpower evil are undeniable.

King Jesus was not what the bible stated. His input into history and that of Mary Magdalene were lost, but thanks to Ralph Ellis are being rediscovered. Have faith to follow truth wherever you find it. The forces of good need truth, historical and spiritual. The two are not in conflict. In fact, spiritual ignorance/weakness begins in historical ignorance/error/corruption.
In my life I have been exposed to the actions/presence of demonic entities and trapped souls, and seen, felt and heard things which are beyond normal scientific explanation. The only way I have found to deal with these forces is through the bible and praying with the help of an expert preacher experienced in the driving out of demons and helping souls go to rest.

Jesus in history was not a Christian. Christianity was created by the Romans for their own imperial purposes. Jesus was a spiritual leader who was not interested in empire to suppress all others, but in the potential of humanity to progress. Mary Magdalene (his wife) escaped the fall of Jerusalem and went to the South of France, where she founded the Orange Order. Without that event Catholicism would have kept humanity in perpetual suppression, and the modern world would never have come into being