A Time Of Change Is Upon Us. The Veil Between Our 3D World and 5D Spirit World is Collapsing. We WIll Be Fine. The Rapid Spreading Of Self Buildable 10KW Free Energy Devices WIll Very Soon Begin The Social, Economic Remodelling Decentralisation Process Replacing the Pyramid WIth Geodesic Dome Society Structure

IDSW- As we know. ancient peoples who are knowing and advanced about the other metaphysical planes of existence, and galactic cycles. Such as the Hopi Indians, or Mayans, Maoris, or Kalahari men, or Aborigines. Or the deep rich wealth of knowledge in Vedic India. (Abraham is actually Brahma, showing how ideas and things were derived or even plundered from Indian truths). As we know, Prophecy that these people pass down isn't to be ignored but actually has valuable truths.

SATURN WORSHIPPING SATANIST DEATH CULT USING STAR OF DAVID AS COVER
Sadly though, since the Saturn worshipping Death Cult of International Satanist Babylonian Talmud Elite International Jewry that has its strongholds in City of London, The Vatican, and Washington DC took hold on this planet where Masculine energy took over rather than the Divine Feminine (or should masculine/feminine ideally be in balance?). sadly they have built approx. 147 underground cities with all the  mod cons, powered by Nikola Tesla Free Energy. Connected via underground trains. All this going on beneath our feet, and our VAT and NI and Income Tax and Car Tax and Petrol Tax and....etc. Has paid for it all.

TAX ILLUSION
Its an illusion we need taxes to run hospitals. A country can thrive generating its own cash without taxes. If you remove the Parasite Talmudist Satanist International Central Bankers who 'lend' a nation the money which must then be 'repaid' in an ever increasing downward spiral of debt enslavement which is purposeful design.

All these underground cities have been in anticipation of Divine Galactic time of change Interdimensional Bleedthrough time now upon us. We have been taxed, stolen from every which way to pay for this. And fund exotic secret space programmes as well. Yes Star Trek is real and here now. The USNavy and Air Force has Interstellar fleets. However White Hat elements do exist from positive secret socieities and are embedded in these structures so its not a totally bleak picture.

RUSSIAN 60 MILLION
The Talmudists with their origins perhaps going back to the High Priest caste from ancient Egypt or even Atlantis, who suppressed REAL PHYSICS TRUTHS from the people and instead dressed things up in weaponised controlling religion. Have been sowing their version for these unique times now so that they will not lose control and instead create their sick NWO One World Government where Antichrist Noahide Talmudic Law is rigorously enforced and the Bolshevik 60 million slaughter of white Russian Christians will look like a picnic.
(BTW why doesnt that get reported when instead we have the 6 million Lie and Holohoax TM rammed down our throats?!) 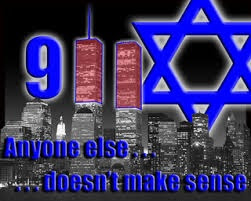 This isn't going to happen by the way. But we do have a profoundly sick enemy in our midst whose currency is Deception and Lies and are antihuman in their outlook, as Ronald Bernard the ex NWO banker has explained https://www.youtube.com/watch?v=sUuQjLYdKCo


DON'T DESPAIR
Despite being in a time of change. Things are actually pretty good if we are ready. Central to this is self buildable free energy machines which this IDSW blog is forging ahead with. Small farming greenhouse things too, are very important. If we align with our spiritual centre and tap into the divine good Force that's all around. We are going to do just fine and theres a Beautiful Future awaiting -IDSW (As well surely the emergence of all the suppressed Secret Space programme technologies are going to help us on earth get through this time now - with any luck. UFOS are regularly seen pacifying volcanoes using powerful Tesla Scalar technology) - IDSW

The fact Earth’s populations face a common enemy, global corporatists and their army of investors is the very manifestation of prophecy in it’s darkest of realities, humanity is under siege as prophesized. Connect the dots, it’s in your face so you surely can’t ignore it now but many choose too.

(THE VEIL BETWEEN THE THIS AND THE SPIRITUAL WORLD IS COLLAPSING AND THIS IS WHAT THE ELITES DON'T WANT. THESE ARE EXTRAORDINARY TIMES WE ARE COMING INTO. BEING ALIVE IN THESE BODIES BUT PERCEIVING THE SPIRITUAL REALMS SIMULTANEOUSLY -IDSW)

You must make that sacred connection so you can tell the differences between spirits that will soon flood our level of existence. Many people are already freaking out over ‘seeing’ apparitions or hearing ‘voices’, gawd. Yeah, so they are already here, get over it. If you had your spirituality in order you would not be such a pantie-waist when some lame spook floated through your longhouse. All dogmas have ways of identifying good and bad spirits so learn now or pay the price later.


(DON'T BUY INTO HOLY WAR WEAPONISED RELIGION CRAP)
Surviving the new era ain’t nothing but a meat-ball paisan, capice? You don’t need another human to be your liaison with the Creator, G*ddess, G*D, Maheo, or what ever you call your sacred dude, Great Mystery or ????. Your connection with the Creator is a sacred one and this bond should be honored within your tradition. I walk the path of my people but in reality it’s nobodies frigging business. There are many paths that point the same way so don’t buy into weaponized religion, holy war crap.

Spirituality was never meant to be complicated, a marathon reading exercise, pilgrimage to Machu Pichu with the Dali Lama’s Uber driver Eloy or becoming a bald headed incense dealer at DFW. No matter what path you walk you must be totally confident and capable of standing alone. You will be alone at a very inopportune moment when you get confronted with bad spirits and you will be vulnerable. Your dogma holds the key to surviving and it requires absolute faith. So pay attention.
------------------------------------------------------

ROCKEFELLER/SPIELBERG/TALMUDIC NOAHIDE FAKE ALIEN DECEPTION SHOW COMING
Don’t go ‘ga ga’ over spirits with bags of glitzy parlor tricks because that should be a sign or red flag this translucent douche bag is not a ‘cool’ or good spirit. Spirits that are basically good guys don’t run their mouths about how spiffy they are or give excuses. Just remember, any spirit can talk trash and spooky stuff, even the spirit of a dead wino. Also, beware of man’s holographic ‘Second Coming’ and other scams that will soon flood our conscious & skies. Just a PSYOPS crowd management tactic.
--------------------------------------------------------

MERGING/INTERFACING OF THE DIMENSIONS COMING: INTERESTING EXCITING TIMES
When it comes to your spirituality, you must learn in earnest how to use the tools that are available to everyone when dealing with bonehead bad spirits. Interfacing with the spirit-world is going to make some folks totally loose it. People are already following the orders of some pinhead spirits voice urging them to do stupid things. Clearly when this dimensional interface is in full swing nut jobs will be coming out of the woodwork on a global scale.

ADVANCED TECHNOLOGIES USED TO DAZZLE
On a sidebar, for those who pray to alien types & share dark technology or what ever floats your canoe, terrestrial or extraterrestrial, lizard, gray or plasma beings are just as susceptible to the conditions that will plague us meat encrusted buttheads. They have a spirit too. Get over yourself, they are not G*Ds, just celestial meatheads playing out their hand with some very simple minded & petty beings called humans. Technology is a galactic trinket that is traded with primitive life forms in every universe.

FEELING ENERGIES: ENERGY DOESN'T LIE
The power of nature is universal and dynamic beyond words and natures laws govern existance. Once you’ve achieved a true spiritual connection and accepted our real reality it’s like a breath of fresh air. You come to be aware of other properties we all possess that enhance our perceptions. Identifying a bad spirit is only a matter of feeling their medicine, aura or essence. Telepathy is more an instant download. Rather than having a conversation, you get total understanding with no words. That is the real world or universe.
-------------------------------------------------------------- 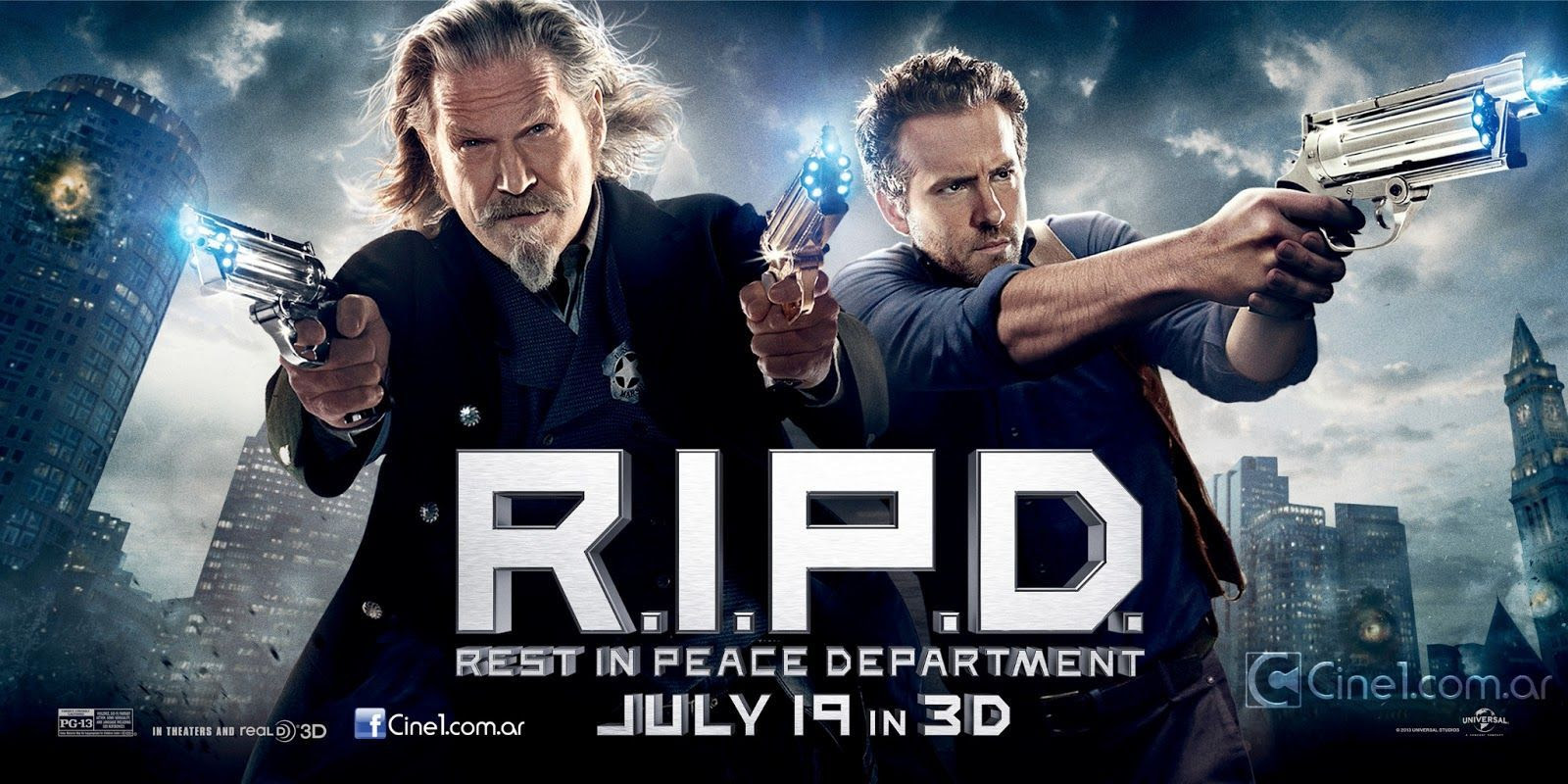 (EVOLUTIONARY JUMP : WE ALL HAVE INNATE METAPHYSICAL ABILITIES BUILT INTO OUR BIOLOGY, DNA, THAT NEED HELP ACTIVATING BUT THIS WHOLE PROCESS IS GOING OFF THE CHARTS EXPONENTIALLY SOON FOR US ALL DUE TO GALAXY REASONS - IDSW)
Just because you are having ‘premonitions, visions or fitful dreams does not qualify you for a medicine man certificate and a lifetime subscription to ‘I Shaman Magazine’ or anything like that eh. We all have medicine and this is the era our medicine awakens to the actual world around us. Spirits and space guys have been here forever, same with other anomalous beings that existed since time immemorial. Nothing has changed from an ancient oral traditions point of view Mr./Ms. Frybread.

So put away your gourd rattle and tie-died turkey feather fan homie. We all are getting more psychic or more perceptive. Our peripheral vision is not freaking out, we are seeing things zip by us or gawking back at us. It’s our frontal vision dimensional beings can detect eh. They’ve been there forever it’s just now we are able to ‘see’ more. And it’s going to get more obvious. The real challenge is in keeping away from everyone that is going gonzo over the presence of space guys or other beings.

The secret to surviving the future was carved on rocks and the skin of lambs for eons. Oral traditions from throughout the planet have circulated in epic detail on how it was, how it would be and how to survive the future. This is not the first time Ma Earth had her season and whacked the inhabitance. So it should be a no brainer we need to prepare for the future, collectively if we plan to survive. Record high & low temperatures will be the harbinger of a long & deep freeze. That is our destiny.
(Self buildable free energy devices and really going all out on home growing aquaponics etc will carry us through in a very nice way to deal with this - IDSW)

Elitists have an underground universe in preparation for disaster stocked with food and supplies to last decades beneath the earths crust. Elaborate state of the art water reclamation and oxygen regeneration facilities abound beneath our feet. People already live and work there. So someone is taking prophecy seriously but the sad part is, we are not invited even though we financed their underground utopia. But we have 4g wifi.

Good part is we will not be buried alive when the earth shifts turning underground communities into tombs. Tunnels will also fill with magma & water as Ma Earth heals her wounds according to visions. They say everything happens for a reason. Or is it just poetic justice. Bottom line, you had better get your spiritual act together before you find yourself on the wrong side of prophecy 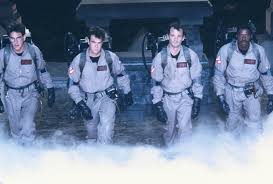